This meeting was my first introduction to some of the people in Mackay who Lucas has been cultivating connections with. The Greater Whitsunday Food Network is an alliance of food growers who are building a profile and promoting local food through events, demonstrations, educational programs and a Wednesday Growers’ Market. Deb McLucas from Freckle Farm convened the meeting – she is the current president of the GWFN Inc. Deb comes across as a woman with boundless energy, infectious enthusiasm and great skill in public speaking. Without understanding anything about business, I gathered from this meeting that they have been quite assiduous in building their business model and gaining financial and in-kind support through various organisations to grow as an entity.

One thing that I was struck by early in the meeting was the idea of “food tourism” that they are tossing around, where tourists can do a type of pub crawl from grower to grower, sampling local food products (and buying at the farm gate). There is so much sugarcane grown in the Mackay region that it appears all-pervasive: it is as if the roads are a maze, walled in by ripe cane, standing maybe two and a half metres high. The density of the cane and the straight edges defining the borders between cane and roadside render the canefields as solid, impenetrable blocks. It is so dominant that other types of food production are invisible. This led me to idly doodling in my notebook the idea of a Food Maze, where the interested tourist goes on a treasure hunt to locate food amongst the cane. 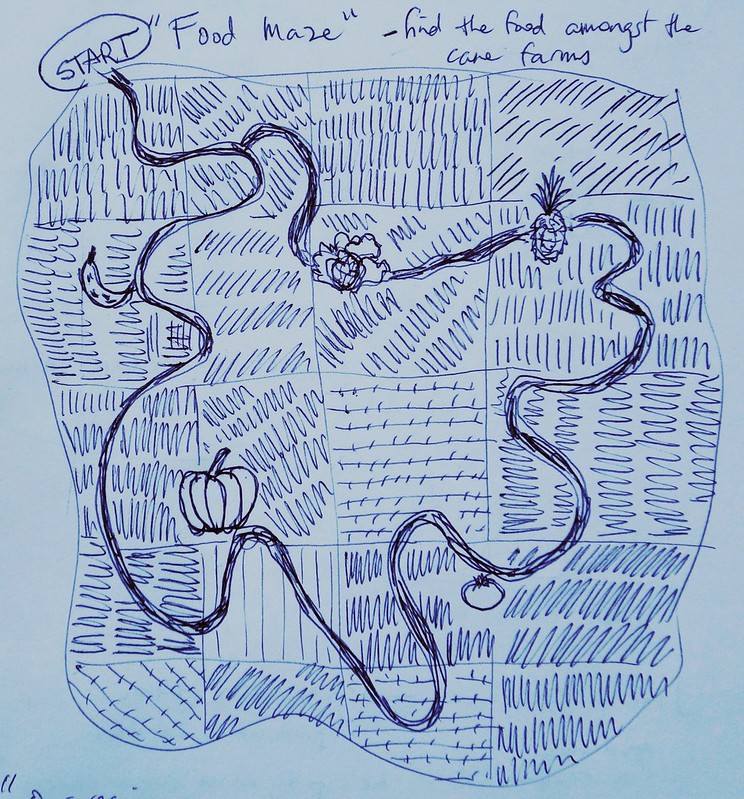 After delivering the annual report, Deb introduced guest speaker Dale Fortescue of Eungelladale farm, dairy farmer and woodchopper from Eungella (pronounced Yungula by all the locals). Dale is one of only two remaining dairy farmers in the Eungella area. I think we are all familiar by now with the “milk wars” that Coles and Woolworths have waged, to the great cost of dairy farmers. There were many more dairy farmers in Eungella prior to deregulation. Dale produces “bath milk”, the controversial raw milk which must be labelled as not suitable for human consumption (though it’s ok to bathe in it). He’s trying to crowd fund to buy a pasteurisation plant for the farm so that he can reduce the cost of milk production, that is, the cost of transporting his milk a long way to a pasteurisation plant. Here’s a link to their crowdfunding campaign .

Dale’s talk was followed by a panel of official people – deputy mayor, politician and others – fielding questions from the floor of about thirty people. At this point, I tuned out of the content and became fascinated with the oft-used phrases of bureaucracy: ‘tick and flick’, ‘I’ll take that on board’ and my favourite, the ‘Triple Bottom Line’, a good place to finish this blog post on. 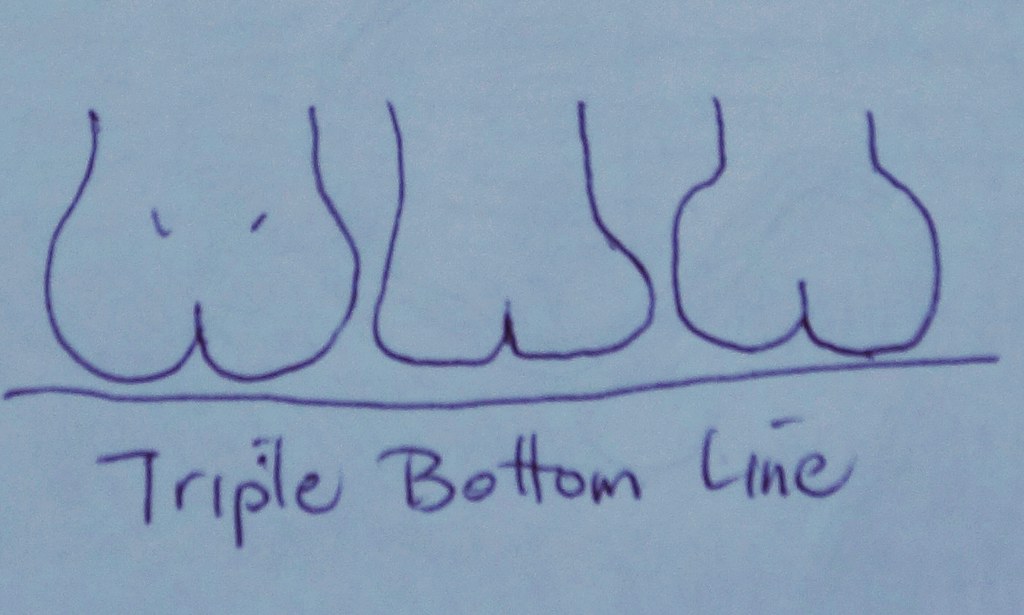