Last November when I visited Mackay, Simon Mattsson’s first ever dual crop of sugar cane + sunflowers was in its prime. Here’s Simon with fellow canefarmer Alan McLean, posing among the flowers: 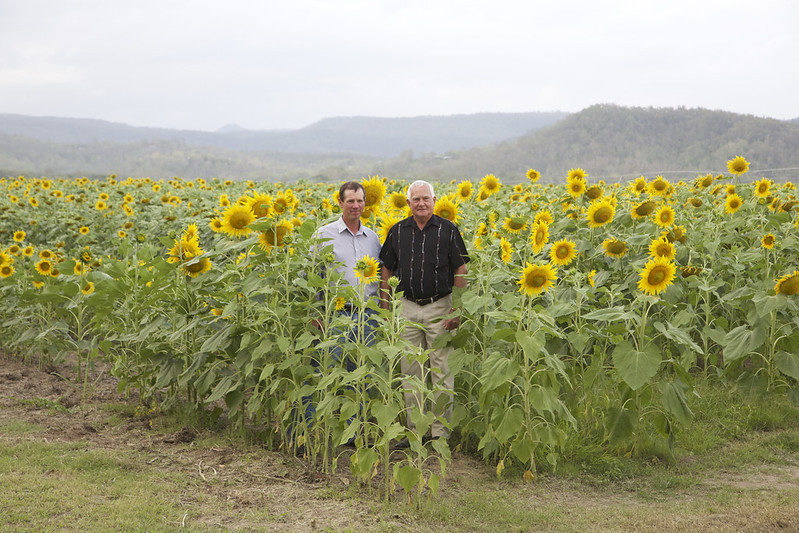 At the time, I made this short video about the experiment:

This week Simon showed me the next generation of his dual crop. Here you can see sugar cane popping up in the foreground, with sunflowers in the row planted behind:

And from another angle, to give a sense of the scale of this experiment:

This is unusual – the sugar cane industry generally deploys cane as a monoculture. Sometimes a legume (soy beans for example) are planted as a rotation crop at the end of the sugar cane’s ratoon cycle, but the idea of planting something else in amongst the cane is (depending on how you look at it) quite new, or very old.

Simon’s experiment tests how the two crops might be mutually beneficial. In an ideal world, this might happen:

In theory, the increased diversity in the sub-soil ecosystem, and the addition of more biological matter to the field, should result in an increase in soil carbon. This would perform carbon sequestration in the soil (carbon dioxide having been pulled from the atmosphere for the building of the sunflower plants).

A boost in carbon content also makes the soil more “spongy”, so it can better retain moisture, requiring less irrigation and producing less run-off to the reef. 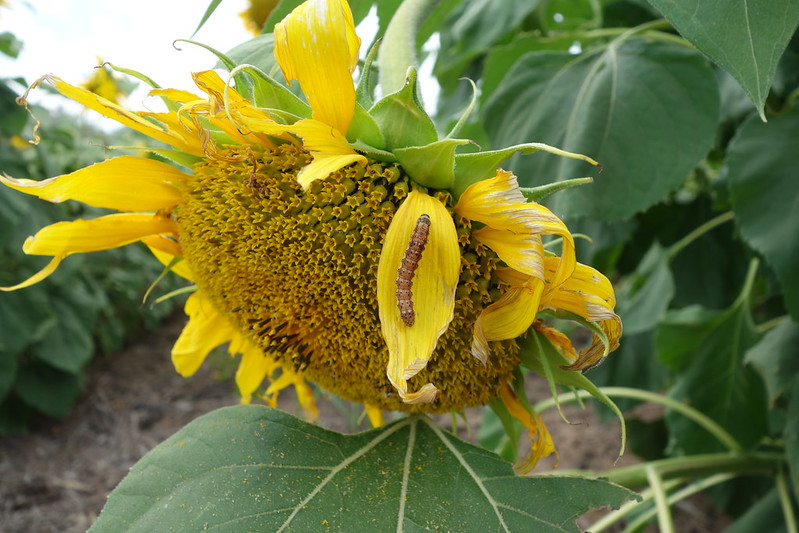 The other thing about sunflowers is that they have cultural (not just agricultural) value – they are beautiful!

Just being around them makes you happy. Last year, people were stopping their cars to take selfies with the sunflowers, and Mackay photographer Summer Rain got a bit of business shooting wedding photos and baby photos on Simon’s farm.

Simon has begun to realise the value of aesthetics. A sugar cane plantation (unlike, say, a grape vineyard) does not ordinarily possess an aura of romance. It’s a functional crop, an industrial crop. People in Mackay frequently refer to it as the sugar cane industry. To my mind, this language turns the paddock into a sort of factory.

So that’s why last November we organised “Sunset in the Sunflowers”, a gala event for a small group of enthusiastic folks from Mackay to spend an evening swanning around the beautiful yellow nodding heads of the sunflowers, while Summer Rain took some gorgeous photos, like this one: 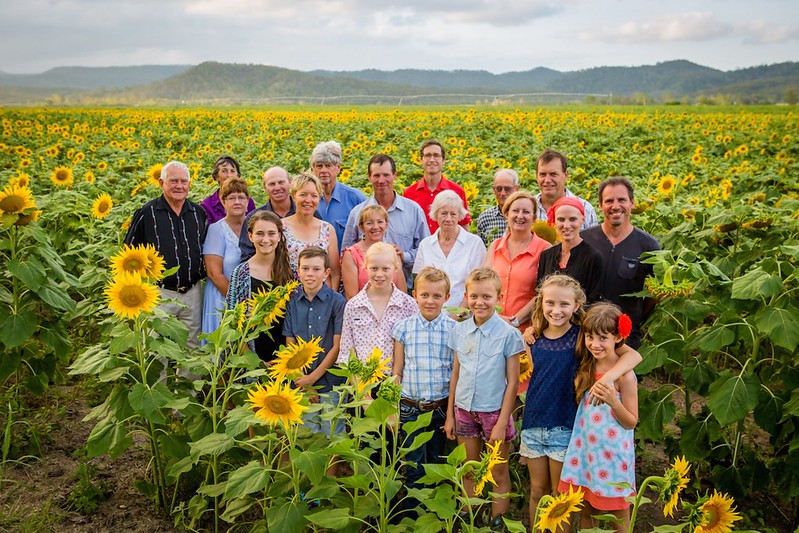 The pay-off (besides the pleasure of the experience itself) is that having the sunflowers growing helps get people’s bodies onto the farm, where they are prompted to ask the question: “Tell me again, why did you plant sunflowers in among the sugar cane?”

At this point, you’ve got them! Now a discussion begins about how to farm better for the health of the soil, and who knows where that might lead.

This blog post was included in the FUTURELANDS2 Newspaper published by Kandos School of Cultural Adaptation (KSCA) in April 2017. Read the article here.